ASUSTOR Ties up with SPECTRA Technologies

ASUSTOR Inc. announced the appointment of SPECTRA for North India Distribution. The agreement includes distribution of the 17 NAS ranges catering from Home/SOHO/SMB to SME & Enterprises. Under the agreement SPECTRA will be distributing ASUSTOR NAS devices in North India region and will also be the primary contact for after sale support if any in the covered regions. This appointment clearly indicates company’s commitment to introduce quality driven, diverse line of products in the market to meet the growing demands of consumers or SMBs at competitive prices.

“This tie up will benefit the end customers who will be getting easy access to a rich bouquet of innovative products that ASUSTOR offers. We are confident that SPECTRA’s expertise & proven success record will help us capitalize on local businesses around the region. We are very pleased to announce this mutually beneficial association with SPECTRA and look forward for long term,” said Ripunjoy Gogoi, Director Sales – India & SAARC at Asustor Inc.
Harbir Ghai, MD at Spectra India said: “We are confident that this partnership will enable us to provide the best in class ASUSTOR NAS products to our customers, and take the customer experience to the next level. With SPECTRA’s widespread network we will help ASUSTOR reach out to much larger consumer base and offer comprehensive solutions. I am pretty sure that the top quality products from ASUSTOR will prove to be a successful addition to our portfolio of products.”
With this announcement, ASUSTOR is set on restructuring its distribution strategy in India. The company plans to expand the business and penetrate market even further banking on the SPECTRA’s well spread network in more than 60 locations across North India and serving over 100+ channel partners.
Posted by News Room at 8:22 PM No comments:

PNY has unveiled a new line of high-speed microSD cards that are the ideal solution to expand the memory of your smartphones, tablets, GoPro cameras, camcorders, DSLRs, drones etc. The PNY Elite Class 10, UHS-I, U1 microSD offers incredibly fast read & write speeds of up to 100 MB/s for quick and easy uploads and downloads. It is great for everyday use and applications such as HD videos, hi-resolution images, high quality audio and documents of all kinds. Class 10, UHS-I speed class performance allows for fast and smooth continuous shooting of HD (1080p) video recordings. Capture and store all your videos and images without having to worry about limited storage space.

Don’t be fooled by its small size, the Elite Class microSD card is built for durability and can withstand the harshest environments. Its magnet-proof, shock-proof, temperature-proof, and water-proof features safeguards all your valuable digital recordings and images. It’s the perfect flash card to accompany your gadgets for all your outdoor ventures or sports activities.

For more details about the product, visit www.pny.com. and www.amazon.in. 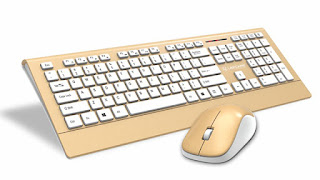 It uses the membrane technology that gives silent key operations, cushioning effect to your finger and hence adds comfort for prolonged working. The space bar and the enter keys an improved quality for extended service life. The 2.4G Wireless optical mouse is smart, ergonomically and aesthetically designed. This high quality moue offer relaxed and stress free use for long working hours, without straining your palm and fingers. Connect the receiver to the USB port & can be place keyboard & mouse up to 8-10m from the wireless device, and avoid desktop cables clutter.

It offers a variety of color options such as Gold , Titanium , Black+Silver, White+Silver , Black.
Posted by News Room at 8:17 PM No comments: 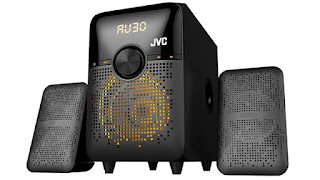 The speaker is armed with cutting edge sound technology that offers an immersive audio experience with dramatic styling and unique LED lights. Check the track’s details, volume or adjustments, on the bright LED screen embedded in the speaker.Boasting the powerful clarity of sound with 500 Watt PMPO the speaker brings an edgy roughness balanced with style. The 4″ subwoofer system packs the loudest sound possible. The speaker produces thumping sound with 16W of output power that makes it your top-most music system. Designed to enhance your every experience the speaker takes the listening to the next level.The speaker connects to smartphone, laptops or smart TVs with the inbuilt Bluetooth feature. User could also connect the USB devices, or SD card, to play the songs from any storage space. In addition, the AUX allows direct connect to the speaker. So enjoy every moment, with the multitude of functions.Featuring great looks and greater performance, the speaker comes with inbuilt FM Radio function. Adjust the volume, change the track or operate the speaker from anywhere across the room; with the remote control console, the power to operate the speaker is in users hands.
Posted by News Room at 8:23 PM No comments:

Acer has been named Proud Partner and Official Monitor Provider of the 2018 League of Legends World Championship, marking the third consecutive year the company is supporting one of the top esports events in the world. Acer will provide Predator XB1 (XB241H) gaming monitors for the LoL Esports competitions, held across multiple cities in South Korea. Sponsored events include the 2018 League of Legends World Championships Play-in Stage, Group Stage, Quarterfinals, Semifinals, and the Finals held at the Incheon Munhak Stadium. “As enthusiastic supporters of professional esports, we are proud to provide our battle-tested Predator gaming monitors as the official monitors of the 2018 League of Legends World Championship event in Korea,” said Tiffany Huang, President of Corporate Marketing, Business Planning and Operations, Acer Inc. “This is a chance to let our gaming-optimized monitors shine on stage at a premier competitive global esports event.” The sponsorship is a continuation of Acer’s ongoing partnership with Riot Games, which started in 2016 and included Worlds and All-Star 2016, NA LCS, EU LCS, Worlds, MSI and All-Star 2017, and NA LCS, EU LCS, Worlds, MSI, and All-Star 2018. The Predator XB241H gaming monitor, front and the center in the action, features a Full HD 1080p display with NVIDIA® G-SYNC™, a quick 1 ms response and up to a fast 144 Hz refresh rate for rendering fast-moving action and dramatic transitions without smearing or ghosting. For enthusiasts and professionals who like to push gaming to extremes, the Predator XB241H can be overclocked up to 180 Hz. It also provides wide viewing angles with accurate colors from up to 170 degrees horizontally and 160 degrees vertically. The 2018 League of Legends World Championship, or Worlds, is an international tournament that takes place over five weeks of competitive play. The top 24 teams from around the world who have conquered their regional leagues come together to compete on the international stage, including teams from North America, Europe, Korea, China and more. Worlds will be held from October 1, 2018 in the South Korean cities of Seoul, Busan, Gwangju and Incheon.
Posted by News Room at 8:19 PM 1 comment: 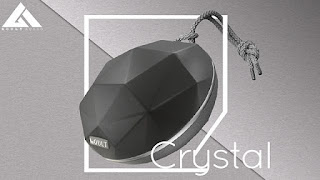 The Bluetooth speaker comes with a sturdy cord made up of premium nylon fibers that makes the speaker stylish, portable and versatile. This ultra-portable design makes this speaker the perfect companion to take everywhere. The Crystal comes with an in-built condenser mic that provides a hands-free experience. Crystal may seem compact but don’t go for its looks, the Crystal is packed with technology that’ll make your tunes sound crisp and clean. With its dual microphone system and superior sound quality, 6 hours of high quality audio, seamless low energy consuming Bluetooth 4.2 technology that’ll keep you in sync with your music.
32 Facets: Crystal has 32 different facets all directing the sound to 32 different directions producing perfect multi-dimensional 360 degree sound in all the directions.
Posted by News Room at 8:25 PM No comments: