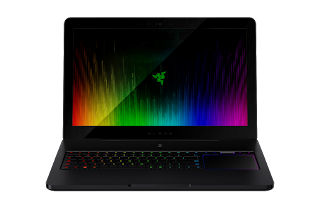 The 17-inch Blade Pro joins the rest of Razer’s award-winning systems lineup. The 14-inch Razer Blade sets the benchmark for mobile gaming, while the 12.5-inch Razer Blade Stealth was named the “Best PC” at CES earlier this year for its combination of performance, value, expandability and portability. Both models recently announced refreshes that are shipping now.
Posted by Tech News at 12:56 AM