SanDisk expanded its mobile storage portfolio by upgrading two of its most popular mobile flash drives. The award-winning SanDisk Connect™ Wireless Stick is now available in 200GB* capacity, while the SanDisk Ultra® Dual USB Drive 3.0 is now available in 128GB capacity with faster transfer speeds, giving users even more options when it comes to expanding the capabilities of their mobile devices. 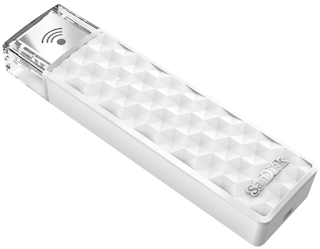 Now with up to 200GB of capacity, the SanDisk Connect Wireless Stick is SanDisk’s highest capacity mobile flash drive, capable of storing thousands of photos and videos you can access and share at your fingertips. Recognized by CEA at CES 2016 as an “Innovation Honoree” in the wireless handset accessories category, the SanDisk Connect Wireless Stick is a popular choice for people looking for a simple way to transfer, share and stream content among their devices and computers.

The SanDisk Ultra Dual USB Drive 3.0 is a great solution for On-the-Go (OTG) enabled smartphone and tablet2 users looking to free up space and easily transfer photos and videos to a computer. At 128GB capacity, Android device users can now double the number of photos, songs, videos and other content kept close at hand without concern about filling their smartphone or tablet. In addition to the higher capacity, SanDisk has improved the performance of the device’s USB 3.0 connector, which can now achieve speeds up to 150MB/s3 from drive to computer, making it super-fast to transfer files.

When plugged in to an OTG-enabled smartphone or tablet, the OS native file explorer allows access to the SanDisk Ultra Dual USB Drive’s content. For further access, management and storage, Android device users can download and install the popular SanDisk Memory Zone app, which is available for free through the Google Play Store app. The app auto launches upon insertion of the drive into a compatible device, allowing immediate access to the user’s content and easy file management.
Posted by Tech News at 8:40 PM