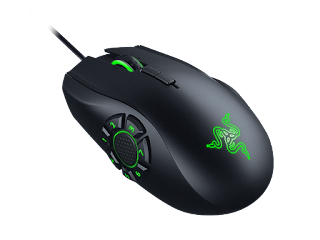 “This gaming mouse will help MOBA gamers achieve a better balance between keyboard and mouse commands, allowing you to react better to different situations,” says Lee “Faker” Sang-hyeok, mid-laner for Team SKT’s professional “League of Legends” team. “The placement of those extra buttons gives you accuracy without the worry of mis-clicking.”

The world’s most advanced mouse technology powers the Razer Naga Hex V2. A 5G, true 16,000 DPI laser sensor ensures that movements across any display setup register precisely, whether it is a multi-monitor battle station or a 4k screen.

“The MOBA scene has become the most watched genre of eSports in the world, making games like League of Legends and Dota 2 more popular in terms of audience than many professional sports leagues,” says Min-Liang Tan, Razer co-founder and CEO. “We made the first mouse that was ever designed for these players and we’re happy to have improved upon an already great design.”

Razer’s latest mouse will also exploit Powered by Razer Chroma™ technology, which unlocks customizable lighting features that can be synced across devices. Gamers can pick and choose from 16.8 million colors and a variety of effects. Custom settings can be created on the Razer Synapse software platform and shared with millions of other Razer software users via the Razer Chroma Workshop. In-game Razer Chroma lighting profiles are also integrated into popular game titles, including “Overwatch”, "Call of Duty®: Black Ops III", "Blade and Soul" and more. These profiles can display tutorials, in-game actions and more.
Posted by Tech News at 3:19 AM